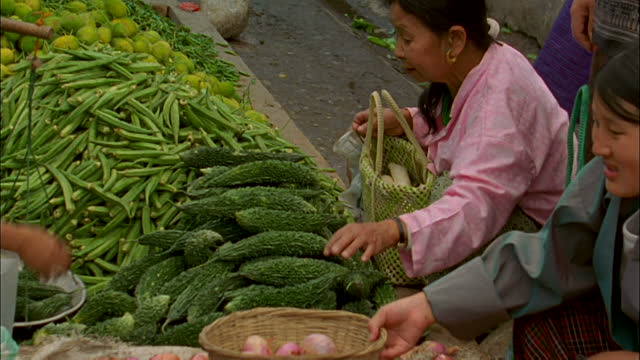 Concerned about high pesticide content in vegetables from border districts of Assam and West Bengal, Bhutan has taken stringent measures on their imports. The vegetables especially cauliflowers, green chilies and beans have been found to contain high pesticide content. The temporary restrictions have been imposed by Bhutan Agriculture and Food Regulatory Authority (Bafra). Vegetables grown in Falakata in West Bengal and Barpeta in Assam are said to have high pesticide content. According to news reports published Bhutan’s newspaper Kuensel few months ago, Bhutan’s agriculture ministry has been carrying out regular surveillance of pesticide residues in fruits and vegetables from India and Thailand through use of test kits and laboratory testing to ensure food safety. Following the results of tests that confirmed the pesticide residues beyond permissible limit for human consumption, the agriculture and forest ministry last week had asked Bafra to clamp a temporary ban on import of beans and cauliflowers. Ugyen Rabten, Secretary General, Bhutan-India Friendship Association, Gelephu chapter, said, “There has been strict surveillance on vegetables imported from India. It is much less now, but still continuing as local supply is not enough to meet the demands downstream. There will be proper monitoring of the imports now.” Assam shares 261km of the 700km international border with Bhutan. Out of this, districts of Kokrajhar share 85km, Baksa 83km, Chirang 40km and Udalguri shares 53km of international border with Bhutan. Bhutanese purchase most of the vegetables from border areas at Datgiri in Chirang besides Darangamela, Kumarikata, Subankhata and Nikashi in Baksa and Bhairabkhunda in Udalguri districts in Assam.
The North East India’s media has reported that Assam’s agriculture commissioner Amlan Baruah was not aware of the ban. He told that he would examine the issue of ban of agriculture and horticulture produce.

Local market sources said that the ban has affected bean growers in lower Assam districts. They also told that the demand of vegetables grown in India generally goes up in Bhutan in this season because of their cheap price in comparison to vegetables produced in that country. Sources said that vegetable growers in West Bengal use higher amount of fertilizers and chemical pesticides while farmers in lower Assam use fertilizers and chemicals wisely. Some farmers informed that the growing of seasonal vegetables at the start of season need high amount of chemicals for growth.