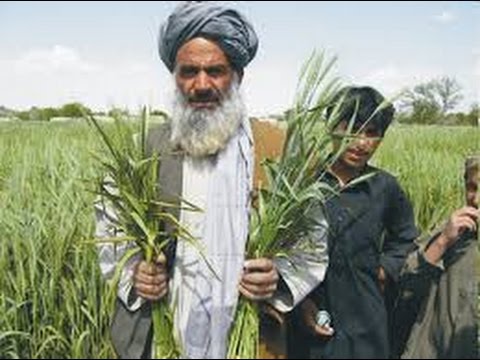 For a country that has the eighth highest farm output in the world, Pakistan ranks shamefully low on the Global Hunger Index: 106 (out of 119 developing countries), six places lower than neighbouring India, and lower than a majority of African countries (including two places lower than Ethiopia, eight places lower than Mozambique, and nine places lower than Tanzania). Alarming? The blame lies not only with the government and the state machinery, but also with the media, that doesn’t highlight the news as much as it should be, and, above all, with ourselves.

Much like 2016, when Pakistan was placed at 107 out of 118 developing countries on the Global Hunger Index with a score of 33.4, last year, too, the country recorded an abysmal score of 32.6, which leaves it a slim 2.4 points margin away from the “alarming” zone. The current statistics imply that nearly one-fifth of the country’s population is malnourished, similar to the situation in 2016, when 22 percent of the country’s population was deemed undernourished by the authors of the Global Hunger Index report last year. To the credit of governments over the years, they did bring the score down from 42.7 in 1992. However, little of the credit belongs to the past two governments who have together lowered the country’s score a total of 2.5 points from 35.1 in 2008.

Where then, it can be justifiably be asked, did the Rs50 billion in funds go that were allotted to the Prime Minister’s Global Sustainable Development Goals which included such targets as eradicating malnutrition, child mortality, and stunting?

The report further suggests that half of the women and children under the age of five in the country are malnourished, and have been so for a fairly long time

Let us first get this matter out of the way: the question is not one of money. Chile, a country with a lower GDP than Pakistan ($247 billion vs $283 billion) is in the top mostechelon of the Global Hunger Index table with a score of less than five, and is the only country in the world that has retained that position since the year 2000. And to think the country imports $78 billion worth of food-related products from the Northern Hemisphere during the latter’s winter season (though it still ranks in the top 10 of the world’s food exporters).

On the other hand is Pakistan: the third highest global producer and exporter of chickpea; fourth highest of rice, and mango; fifth highest of milk, sugarcane, and date palm; sixth highest of apricot and citrus; and seventh highest of wheat and onion. Notice the number of everyday staples on the list, like rice, wheat, sugarcane, chickpeas, and milk – produce that most cuisines in the world require to function, including Pakistan’s own. According to the World Food Programme (WFP), Pakistan produces enough food to feed its entire population, and yet, six out of 10 Pakistanis are food insecure. This despite the fact that agriculture contributes to a fifth of the country’s GDP.

The report further suggests that half of the women and children under the age of five in the country are malnourished, and have been so for a fairly long time. No, the question is not one of money, but of patriarchy and gender bias.

Mubashra Munawar writes for Medicalopedia in 2011: “Women are still on the periphery of social, economic and political developments and key processes towards participation and decision making. Forget about all these matters, luminosity should be brought to elemental issues. What are they? Food, shelter, clothing? If yes, then why are Pakistani women being deprived of the basic necessity of life that is…food? It is considered in our region especially among the people of low socio-economic level that women can survive easily after eating scanty food and no harm will occur to them. Even during gestational period they are given a reduced amount of food and as a result of that; 2010 report on maternal mortality rate per 100,000 births for Pakistan was 260 and it should be noted here that in rural Pakistan, maternal mortality is nearly twice than that in urban areas. Though there are other causes of this sad demise but most accusing trait is malnutrition.”

So when the Pakistani government collaborates with the United Nations’ Food and Agriculture Organisation as a part of the “Country Programming Framework 2018-2021” to form an agriculture policy with the goal of “zero hunger” in mind, do they expect their “policies” to work in a society that still, in the twenty-first century, expects women and children to eat the men’s leftovers on the dinner table? No. They are looking for the solutions to hunger in the wrong place.