Reducing Carbon Emission by Altering the Method of Farming 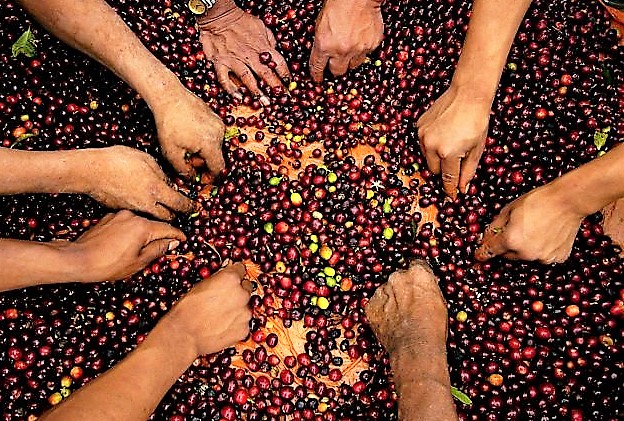 India submitted its Sixth National Report (NR6) to the Convention on Biological Diversity (CBD) .The report was submitted online to the CBD Secretariat by the Union Environment Minister, Dr. HarshVardhan, during the inaugural session of the 13th National Meeting of the State Biodiversity Boards (SBBs) organized by the National Biodiversity Authority (NBA) in the Ministry of Environment, Forest and Climate Change (MoEFCC), New Delhi.  The Minister also released the document ‘Progress on India’s National Biodiversity Targets: A Preview’ on the occasion.

Speaking at the inaugural sessionDr. Harsh Vardhan,said that India is among the first five countries in the world, the first in Asia and the first among the biodiversityrich megadiverse countries to have submitted NR6 to the CBD Secretariat. “While globally, biodiversity is facing increasing pressure on account of habitat fragmentation and destruction, invasive alien species, pollution, climate change and oversuse of resources, India is one of the few countries where forest cover is on the rise, with its forests teeming with wildlife.I am also happy to note that India is on track to achieve the biodiversity targets at the national level and is also contributing significantly towards achievement of the global biodiversity targets”,said the minister.

Submission of national reports is a mandatory obligation on Parties to international treaties, including CBD.  As a responsible nation, India has never reneged on its international commitments and has earlier submitted on time five National Reports to the CBD.  Parties are required to submit their NR6 by 31 December 2018.

The NR6 provides an update of progress in achievement of 12 National Biodiversity Targets (NBT) developed under the Convention process in line with the 20 global Aichi biodiversity targets.  Briefly, the Report highlights that while India has exceeded/overachieved two NBTs, it is on track to achieve eight NBTs and in respect of the remaining two NBTs also, India is striving to meet the targets by the stipulated time of 2020.

With well over 20 percent of its total geographical area under biodiversity conservation, India has exceeded the terrestrial component of 17 percent of Aichi target 11, and 20 percent of corresponding NBT relating to areas under biodiversity management. Similarly, India has also made noteworthy achievement towards NBT  relating to access and benefit sharing (ABS) by operationalising the Nagoya Protocol on ABS. Having published the first internationally recognized certificate of compliance (IRCC) under the Protocol in 2015, India has since published nearly 75%  of the IRCCs published so far on ABS Clearing House. Thus, in respect of these two NBTs (6 and 9), the progress made by India has exceeded the targets.

India has done well on raising awareness about biodiversity, which is an important thrust area in several programmes of the Government.  As a megadiverse country harbouring nearly 7-8% of globally recorded species while supporting 18% of the global human population on a mere 2.4% of the world’s land area, India’s quest for inclusive economic development while maintaining integrity of its natural capital is being pursued through various programmes and strategies.   Measures have been adopted for sustainable management of agriculture, fisheries and forests, with a view to provide food and nutritional security to all without destroying the natural resource base while ensuring intergenerational environmental equity.  Programmes are in place to maintain genetic diversity of cultivated plants, farms livestock and their wild relatives, towards minimising genetic erosion and safeguarding their genetic diversity.  Mechanisms and enabling environment are being created for recognising and protecting the vast heritage of coded and oral traditional knowledge relating to biodiversity for larger human welfare while safeguarding the interests and rights of the local communities as creators and holders of this knowledge.

India has been investing a huge amount on biodiversity directly or indirectly through several development schemes of the Central and State Governments, to the tune of Rs 70,000 crores per annum as against the estimated annual requirement of nearly Rs 1,09,000 crores.India has nearly two third of the population of wild tigers in the world.  The population of lion has risen from 177 in 1968 to over 520 in 2015, and elephants from 12,000 in 1970s to 30,000 in 2015.  One-horned Indian Rhino which was on the brink of extinction during the early 20th century, now number 2400.  Further, while globally over 0.3 % of total recorded species are critically endangered, in India only 0.08% of the species recorded are in this category. India is committed to protecting its rich heritage of biodiversity which are so vital to our economic and social development.