The dreadful state of cows in India 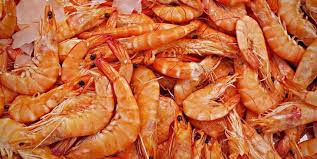 Increasing shrimp supplies in the backdrop of slower off-take from the US coupled with the impact of anti-dumping duty may dampen India’s seafood exports in 2018-19, after two years of robust growth.

According to a Crisil research study, growth in seafood exports is likely to drop to 17-18 per cent in 2018-19 compared to 21 and 31 per cent in the previous two fiscals..

The growth by driven by a supply crunch in other producing countries such as China, Vietnam and Thailand due to early mortality syndrome in shrimps.

According to the Crisil report, following higher production of Vannamei shrimps in India and other key exporting countries, sluggish purchase from the US, a major importer, could crimp export realisations in dollar terms and the figure is expected to fall 10 per cent in FY19. However, a steady volume growth at the rate of 20 per cent in the past couple of years and expected depreciation in the rupee will limit the impact. The US is the largest importer of Indian shrimps clocking a CAGR 26 per cent in the past five years. However, realisations from the US have started to taper off due to inventory pile-up cause by an extended cold spell. International shrimp prices continue to drop. Starting with a 7 per cent drop between December 2017 and February 2018 they fell 11 per cent in March and are expected to fall further.

The report also observed that the US decision to triple the anti-dumping duty on India will impact exporters’ rather than volumes. Indian exporters could be indirectly hurt more in the near-term by a hike in the duty on Vietnam seafood to 25.39 per cent from 4.8 per cent. Vietnam, the second largest market for India process and re-exports seafood to the West.