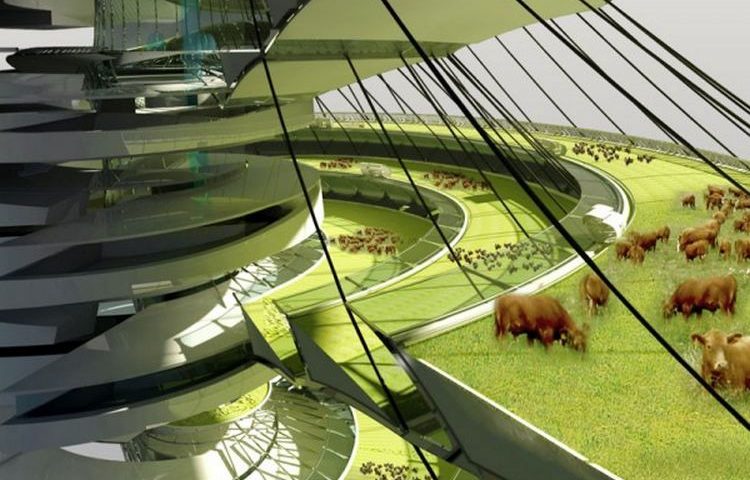 Agriculture has advanced enormously since the early days of plant and animal domestication, aided by rapid developments in technology. Today, it must answer the needs of a growing global population, while at the same responding to cost restrictions, environmental changes and population growth.

According to reports by the United Nations, the world population is predicted to grow from 6.9 billion in 2010 to 8.3 billion in 2030 and to 9.1 billion in 2050. By 2030, food demand is predicted to increase by 50% (70% by 2050). Because this growth means that people will consume increasing amounts of meat, fruits and vegetables, the agriculture sector must ensure that this demand is met, which calls for more sustainable levels of agriculture productivity.
At the same time, when one thinks of agriculture, one also thinks of freshwater and rightly so. According to the World Bank, 70% of freshwater globally is used for agriculture. By 2050, feeding the world’s population will require an estimated 15 per cent increase in water withdrawals. This could cause problems across the world and particularly in countries like Qatar where fresh water is scarce.

Qatar’s government has been very focused on the agenda of food security and self-sufficiency for some time. One result being that Qatar’s premier investor in the food and agri-business sectors, Hassad Food now produces 250,000 heads of sheep and 179,000 tons of grains annually. The recent political developments in the GCC and the blockade against Qatar have provided additional impetus to accelerate these efforts. Last year, Qatar announced that it will build a QR1.6bn food storage and processing facility at Hamad Port capable of supplying stockpile for three main commodities – rice, sugar, and edible oils, for 3mn people for two and a half years. Additionally, local farm Baladna aims to meet 100% of local dairy needs by April 2018.

So how can technology play a role in creating a more efficient and sustainable agriculture sector? The Internet of Things (IoT) can be the answer that revolutionizes the way farmers plant, fertilize and harvest. Automated agriculture tools can collect, analyse and transmit real-time data on crop fields such as light, humidity, temperature, and soil moisture levels – all of which are linked to an automated irrigation system. Farmers can also receive data and insights about their crops and the health of their livestock through animal tracking IoT tools, enabling them to make informed decisions about how to best utilise their plant and animal resources. This will not only increase productivity but will also save costs that would be otherwise wasted on uncontrolled irrigation and undetected livestock health issues.

At Vodafone Qatar, we pride ourselves on our thorough understanding of the local market needs and in playing our part to support Qatar’s efforts in diversifying its economy, apparent in its investment in a variety of sectors including agriculture. By bringing the latest IoT solutions to the country, we’re ideally placed to support Qatar in developing this sector and moving the country towards safeguarding the security and reliability of its food supply.

In doing so, we’re able to draw on the expertise and experience from across the Vodafone Group where they have worked on a number of exciting agriculture related projects. These include experience working with Moocall, a US-based company that creates sensors that track calves. Vodafone provided access to robust and reliable connectivity, supporting roaming capabilities to ensure that critical data about livestock’s health can be transferred seamlessly at crucial times. In New Zealand, Vodafone has worked with local farmers to improve performance and reduce costs through precision agriculture tools. These tools deploy IoT technology to inform farmers about the amount and location of fertilizers used. Based on the data made available, farmers can identify waste and make adjustments.

These are truly exciting times with the next decade being vital in changing the way we produce food. Qatar with its ambitious food security projects stands at the forefront of this agriculture revolution and at Vodafone Qatar, we are proud to play our in supporting it.

(The author is the CEO of Vodafone Qatar)