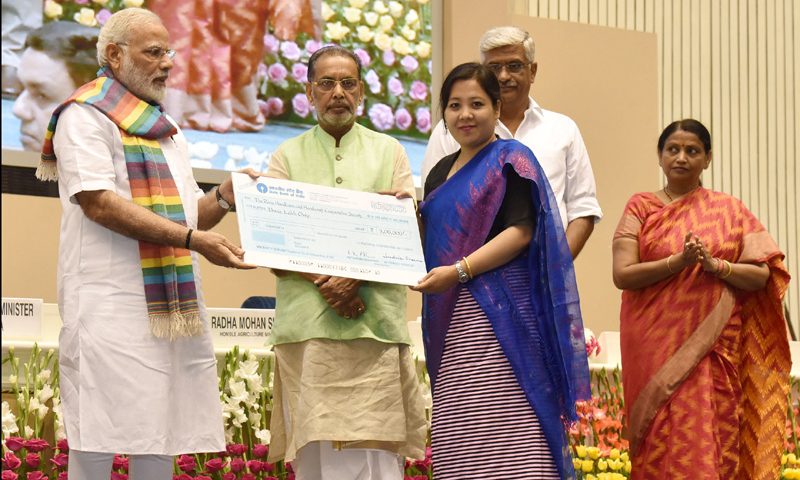 “There is a need to build such cooperatives to ensure better income to farmers”, he said.

He was speaking at the birth centenary of Maharashtra’s cooperative leader and one of the founding fathers of RSS, Laxman Madhav Rao Inamdar. He stressed on the need of keeping the cooperative spirit alive and strengthening it further.

He said, “It is natural for the cooperative sector to grow and shine in India.”

Speaking at the function, Union Agri Minister Radha Mohan Singh informed that the government would set up an academy next year on Inamdar in Gurugram.

Ministers of State, Krishna Raj and Gajendra Singh Shekawat, were also present at the occasion.