Andhra CM calls for India US cooperation in agriculture 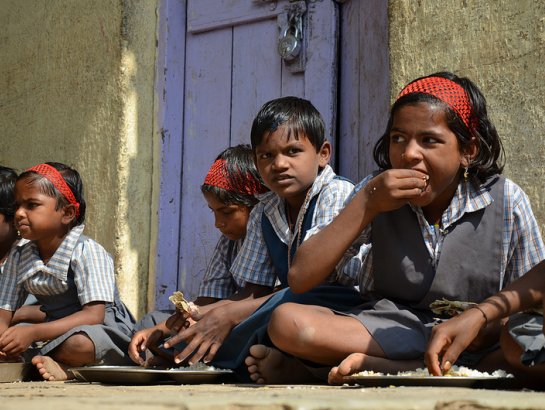 In a National Conclave on Nutrition Security on World Food Day, the India Director of UN’s World Food Programme Dr Hameed Nuru raised concern over the 100th rank of India in global food hunger index that was released last week and also alerted about the nutritional deficiency in India. He cautioned, “India is struggling with very high prevalence of micro nutrient deficiency in children and women. More than half of children in the age group of 6 month – 5 years and women in the age group of 15 -49 years have the very high level of anemia. This not only reflects the health and well being of individual but adversely affect the national growth and prosperity.

The National Conclave was organized by Food Safety and Standards Authority of India (FSSAI) on the occasion of World Food Day on Monday.

During the discussion, Dr Nuru also lauded the efforts of India towards food security mission.

“India has the largest food security network in the world notably the mid day meal scheme (MDMS), the Integrated Child Development Services (ICDS) and the Public Distribution System (PDS), and lot of progress has been made in terms of food security act in India”, he said.

Dr Nuru also said, “Diversifying the food basket, supplementation and fortification are three huge things that must target the most vulnerable groups”.

The theme for World Food Day this year 2017 is ‘Migration’

Dr Nuru told the gathering, “Wherever there are political and natural disasters, they cause uncertainties in people’s lives, so people tend to migrate because of first and foremost work for them is to search of food. Currently, there are emergencies in Syria, Congo and the latest of Ronghiyas in Myanmar which are causing the issue of food insecurity”.

“It is because of this reason of food insecurity that the theme of ‘migration’ was chosen for this year’s World Food Day”, he added.

He told, “Out of 850 million hungry people in this world today, almost 500 million live in countries which are affected by conflicts. So, we must ask for peace and work towards decreasing conflicts.” On the occasion, FSSAI launched a web based initiative – Indian Food Recovery Alliance (IFRA) to help people donate their surplus food. Donors, individuals and volunteers can register themselves under the initiative and donors will also be able to track the status of the food they had donated. IFRA will also guide citizens and food recovery agencies on ways to prevent food loss and also how to safely recover the surplus food.

Explaining the concept of IFRA, FSSAI CEO Pawan Agarwal told, “Checking wastage of food and loss is a global challenge. Through this initiative, several food recovery agencies will be able to work uniformly towards a common goal of saving food and distributing it to the needy.”

Speaking on the occasion, Minister of State for Health & Family Welfare, Ashwini Choubey emphasized that the food should be nutritious.  The Minister also released FSSAI’s report on ‘Large-Scale Food Fortification in India – The Journey So Far and Road Ahead’ at the event.