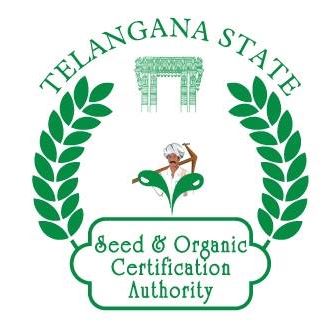 The State government would encourage organic farming by framing a suitable policy to help farmers get good price for their produce in the market, Minister for Agriculture Pocharam Srinivas Reddy said here.

Stating that good price to organic farm produce would make more and more farmers take up environment-friendly organic farming, he announced that the government would also plan super markets at suitable places to make the organic produce available to consumers.

Speaking after launching the certification of organic products by Telangana State Seed and Organic Certification Authority (TSSOCA) after it was accredited by Agricultural and Processed Food Products Export Development Authority (APEDA), the Minister said food produced without the use of chemicals, growing of trees and safe drinking water to be given under Mission Bhagiratha would keep many diseases away from people in the State. Terming the farmers practising organic farming as a special community, the Minister said there is a huge difference in the quality of food crops grown in organic method compared to crops cultivated by using chemical fertilizer, pesticides and micro-nutrients. On the accreditation secured by TSSOCA for certifying organic products, Mr. Reddy said Telangana is ninth State government agency in the country to get such status and added that farmers would get good price for their organic produce only if it is certified. He said farmers in Sikkim do not use even a spoon of chemical fertilizer, and the PM announced that State as 100% organic State.

Explaining the impact of chemicals on food products, he stated that the number of people suffering with cancer used to be very less in the past but with the increase in the indiscriminate use of chemicals in farming had swelled the incidence of cancer.

Stating that Punjab was the State with the highest use of chemicals in agriculture in the country, the Agriculture Minister said that State Government runs a special train to facilitate cancer patients’ visit to Delhi for treatment. Telangana is the second highest chemical fertilizer using State in the country, he noted.