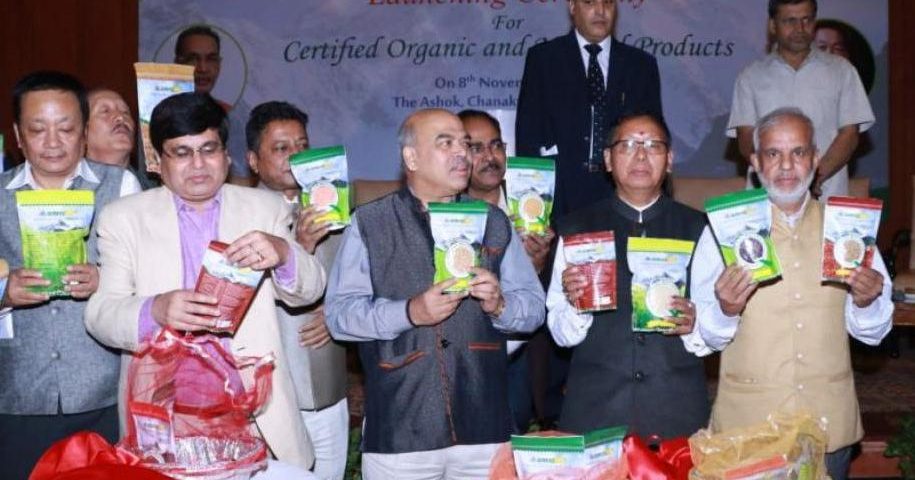 Taking a step forward after it was declared fully organic state a year ago, SIMFED (Sikkim State Co-operative Supply and Marketing Federation Ltd)  launched on Wednesday a vast range of organic and natural food products in New Delhi.

Praising Sikkim, he said, “Sikkim has shown the way for the rest of the country in organic farming. It has now become a people’s movement in the state so much that that the fertilizer giant IFFCO is partnering with the state to ensure that organic products be sold”.

“Though it is difficult to market organic products but there are great opportunities in it.  By 2030, nearly 50 percent people will be living in cities and so cities are the big market for organic products”, he added.

Somnath Poudyal, Sikkim’s Minister for Food Security and Agri Development told, “28 Farmer producer organisations (FPOs) have been formed in Sikkim for the development of organic farming in the State. ”

SIMFED Managing Director, Roger Rai said that the organization has worked with more than 40,000 farmers on almost 35,000 hectares of agricultural land in 10 states of the country.

In the near future, SIMFED is also planning to export various organic produce like Niger, Ginger, Turmeric, Black Pepper and Potato from different regions of the country.