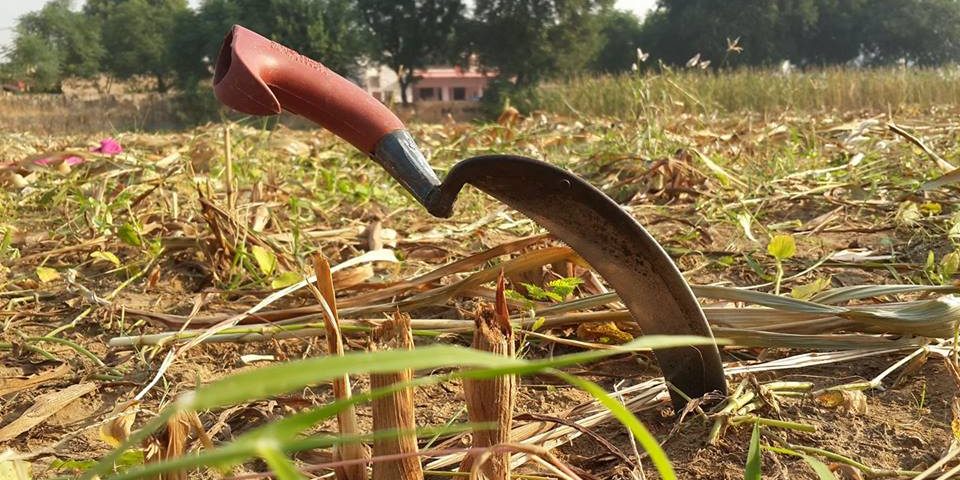 The call given by Bhartiya Kisan Union (BKU) to observe the International Day of Peasants’ Struggle Day or International Farmers’ Day has a significance as farmers will get familiarized with the day and more importantly the reason behind its observance. Due to preventive lockdown because of COVID 19, farmers have been asked to stay home but not silent. Bhartiya Kisan Union has asked farmers to click photographs with their farm equipments and share them with Prime Minister Narendra Modi through social media at 5 pm today. The photos of farm equipments lying idle will be a message to Government of India that farmers and agriculture continue to be ignored by it. It is also a message to people that farmers are ensuring food security by growing food for them even in adversities.

The observance of the day may seem localized in nature due to Bhartiya Kisan Union’s limited outreach because the organization’s presence is largely restricted to Western Uttar Pradesh, Haryana and Punjab but the observance of the day will reach farmers all over India and world through social media. Next year it will be bigger if governments will continue ignoring farmers. Peasants are extremely tolerant but are known to fight against the oppressor when adversities caused by oppressor cross extremity.

Most of us may not know why International Days of Peasants Struggle is observed worldwide on April 17.  The history is on La Via Campensia website. On this day in 1996, members of the Landless Workers’ Movement MST were shot dead by the military police of the state of Pará, Brazil with impunity. This incident shocked the whole world and provoked massive resentment, especially in rural communities.

La Via Campesina, an international movement of small, middle and landless farmers and farm workers responded with solidarity actions and demanded for justice, mobilising peasant communities not only in Brazil or Latin America but all over the world. It declared April 17 as the “International Day of Peasant Struggles” to keep the peasant resistance alive in memory.

Today, La Via Campesina comprises 182 local and national organisations in 81 countries from Africa, Asia, Europe and the Americas and represents about 200 million farmers. The movement is persistently fighting to defend peasant agriculture for food sovereignty and strongly opposes corporate driven agriculture.

La Via Campesina was founded in 1993 at Mons, Belgium by groups of farmers from four continents as agricultural policies and agribusinesses were becoming globalized and small farmers needed to have their voices heard and to participate directly in the decisions that were affecting their lives.

India too joined the movement when La Via Campesina was started in 1998 by BKU and Karnataka Rajya Raitha Sangha.