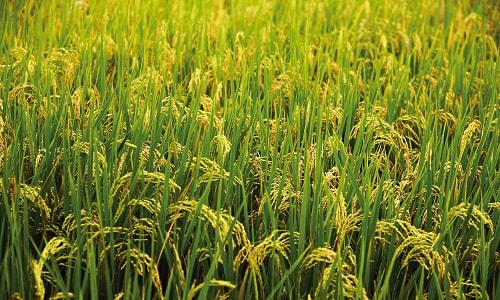 In a national conference on Kharif, India missed out on declaring a target for Kharif crops production for 2017. Though the govt announced a target for total food grain (both Kharif and Rabi crops) production at 273 MT (million tonnes) in 2017-18 crop years but it was not even 1 percent higher than the last year’s production estimate of 271.98 MT for 2016-17.

He added, “As per the second advanced estimates, there will be record food-grain production of 271.98 million tonnes in the 2016-17 crop years (July-June)”. The Agri Minister also alerted the states to plan in advance for the stock of quality seeds and fertilizers, irrigation facilities and electricity supply for Kharif season and ensure their adequate availability and supply in the Kharif sowing time so that there is increase in the sowing area.  The assessed requirement for fertilizers for this Kharif season 2017 has gone down from 303.65 lakh tonnes in 2016 to 289.94 lakh tonnes this year. Keeping the weather and previous year droughts in mind, Government has also prepared contingency plans for 623 districts and has given it to the respective states.

Though no targets were mentioned about the Kharif crop production but the kharif acreage for this year will remain more or less same. Agriculture Commissioner, S K Malhotra said, ” the target for Kharif sowing area for 2017 is 107 million hectare which is same as 2016″.

Union Agri Secretary Shobhana Pattanayak said in his speech, “The agriculture growth rate of 4%, which we are expecting for 2016-17, will be maintained this year too”.

Discussion at the conference was centred on last year’s production, raising the agriculture production and incomes and preparedness for ensuing Kharif season.

Agri Secretary Shobhana Pattanayak also said, “Farming should move from production centric to become income centric. It will not remain attractive if there is no income”.

He also said, “Minimum Support Prices (MSP) for Kharif crops will be declared soon and it will consider the aspiration of farmers”.

Minister of State for Agriculture, Farmers welfare & Panchayati Raj, Parshottam Rupala raised the concern of high costs of pesticides and said, “There should be a law for pesticides, etc like being done for generic medicines. This will bring down the input costs for farmers”.