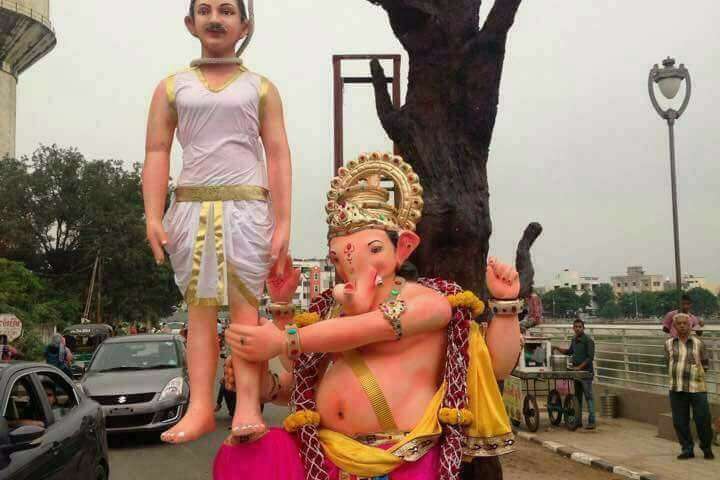 India’s farmer is agitated and struggling to live. Having received no support from governments, farmers have started looking beyond governments. They have left themselves at the disposal of God. In a photograph of idols for Ganesh Chaturthi that is going viral on social media, Lord Ganesh is seen saving the farmer who is trying to hang himself. Ganesh’s mouse is seen cutting the noose on the top of the tree. There cannot be a more horrifying photo than this that farmer has been completely left in a state of neglect by the nation.

Another alarming situation is that no one in metropolitan cities, state capitals and other cities has come out in the support of farmers in this moment of crisis. There was a Kisan Mukti Yatra last month which passed from the states of Madhya Pradesh, Gujarat, Rajasthan, Haryana and reached New Delhi.  There were Tamil Nadu farmers sitting on protest at Jantar Mantar. But except for farmers themselves, there was no one from urban population.  This indicates disconnect between urban population and farmers.  Hence, it opens a question – do we as a society really know our farmer?

Even in symposiums that are organized by governments and those engaged in agri based businesses, farmer is never discussed. Discussion is often restricted to the industry and its profitability. For farmers, farming is their job. It’s important that they are compensated appropriately for the food they grow. Prof M S Swaminathan, agriculture scientist has been warning that there is no other profession which has such low return. Farming is the riskiest profession in the world due to uncertain weather conditions arising from climate change.  The future will belong to nations with grains and not guns.

Agriculture is major livelihood in India and around 55 percent of population is employed in this sector. It is important to bring small farmers out of poverty trap and prevent farmers’ suicides. Loan waivers can be one time schemes to give immediate relief but the long term and effective solution will be a guaranteed income. There is already a demand for Farmers Income Commission. Jai Kisan Andolan even prepared a draft bill for guaranteed income for farmers but the need of the hour is to implement minimum support price as recommended by Prof Swaminathan at production cost plus 50% or any better mechanism to safeguard interests of small farmers and mitigate risk of taking up agriculture as a profession.