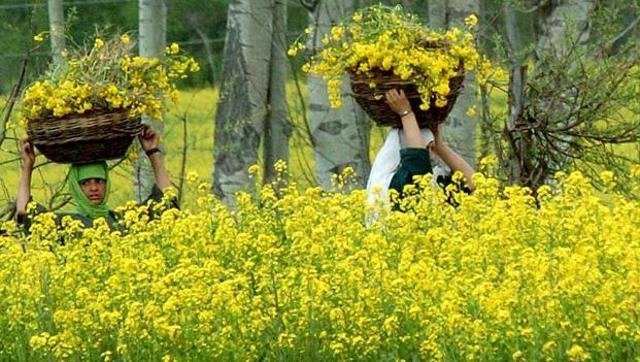 Noted molecular biologist Pushpa M. Bhargava on Saturday said the commercial cultivation of Genetically Modified (GM) mustard would be “disastrous” as it would eventually open the doors for multinational corporations to control India’s agriculture.

“It’s a disaster. If you permit it then you open the floodgates for other GM crops. Our agriculture will be in the hands of multinational corporations like Bayer. We will lose our independence. I think civil society must protest as much as they can,” Bhargava told IANS. Recently, environmentalist Vandana Shiva wrote to parliamentarians from mustard growing states cautioning them against commercialisation of GM mustard. Arguing on grounds of seed sovereignty, Shiva alleged “unfair activities” of MNCs like Monsanto and Bayer, and demanded enacting of liability laws before the GM mustard is commercialised. GM mustard, if it doesn’t face any public resistance, could become India’s first GM food crop released for cultivation by regulator Genetic Engineering Appraisal Committee (GEAC).

Asked about the reaction of civil society members and activists to the GM crop, Bhargava, the Supreme Court appointed member of GEAC said: “The government must realise that if it does not recognise civil society protests of that magnitude then its a loss of name for it. This is how a revolution begins.” An Environment Ministry sub-committee report declared the GM mustard technology safe for consumption and environment, saying that it does not raise any public health concerns for human beings and animals, but environmentalists are not satisfied and have been demanding that the ministry should make all the documents on the study available. The ministry has put the sub-committee’s 133-page “Assessment of Food and Environmental Safety of GE mustard” (AFES) online and invited public comments before the GEAC takes the final decision on GM mustard. Comments can be submitted till October 5. “My general impression, therefore, of this AFES report is that most of the important conclusions that have been drawn, have been arrived at on the basis of insufficient data and inadequate experimentation,” said Bhargava, former and founding director of the Centre for Cellular and Molecular Biology (CCMB), Hyderabad.

The transgenic crop, Dhara Mustard Hybrid-11 (DMH-11) has been developed by the Centre for Genetic Manipulation of Crop Plants (CGMCP), University of Delhi. Currently, GM cotton is the only transgenic crop commercially available in fields. Scientists who were involved in the engineering of the mustard claim it is “benign” and also beneficial for farmers as it is more high-yielding.
———————————-