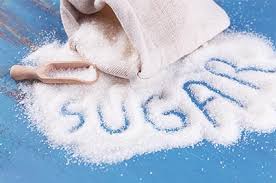 The food ministry has proposed doubling of the import duty on sugar to 100 per cent to curb cheaper imports, check falling wholesale prices of sweetener and ensure timely payment to cane farmers, sources said.
Wholesale prices have fallen below the cost of production in view of estimated 6 million tonnes more production in the 2017-18 season (October-September). In retail market, sugar is being sold at Rs 40-42/kg.

According to the sources, a recommendation has been made to the finance ministry that import duty on sugar be raised from the current 50 per cent to 100 per cent to protect domestic sugarcane farmers.
A notification in this regard may be issued soon, they said.
Sugar industry bodies ISMA and NFCSF had sought timely intervention as ex-factory prices of sugar have fallen below the cost of production to Rs 29.50-30/kg in view of estimated rise in production.