Farmers’ organizations to protest against Govt on Twitter today

Farmers’ organizations to protest against Govt on Twitter today 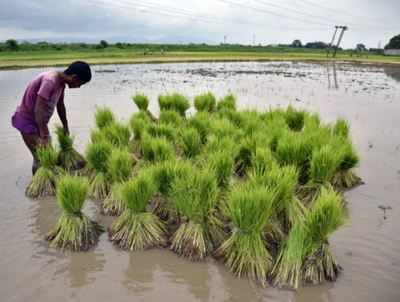 They say, farmers’ services to nation remain unrecognized by Govts

Accusing governments of not recognizing farmers service to nation and ignoring their plight, farmer organizations under the banner of AIKSSC will launch a social media campaign on the issue on May 5, at 4 pm, beginning with a protest on twitter to demand waiving off of all loans of all peasants.

“This will be in coordination with other farmer organisations of the country”, it said.

AIKSSC also said, “Despite odds, farmers of the nation have worked hard and provided the necessary food resources to the whole country during the lockdown but no government has yet recognised the national food security service rendered by farmers”.

Bhartiya Kisan Union (BKU) has asked people to participate in the twitter campaign today and stand for farmers.

All India Kisan Sangharsh Coordination Committee (AIKSSC) also decided to launch a slew of protests and agitational programs in near future as farmers, agriculture labour and rural people continue to face crisis due to nationwide lockdown imposed by central government since 24 March 2020.