Agriculture has a key role in making India a $5 trillion economy: Telangana Governor 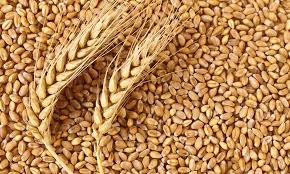 The prevailing cold weather and showers are boon to agriculture in northern plains of India and expected to yield record harvest of Rabi crops that are sown in winter season especially wheat, oilseeds and pulses yields.

According to latest rabi sowing data released by the agriculture ministry, wheat acreage — which accounts for over half the sown area — is up over 11 percent to 32.646 million ha, owing to increase in planting in Madhya Pradesh, Rajasthan, Gujarat and Maharashtra. The total Rabi sown area has also climbed to 62.5 million ha, 8 percent more than 57.847 million ha planted during this time last year.

The surge in sowing is supported by the better availability of water in reservoirs across the country. According to latest Central Water Commission report, 120 major reservoirs have a cumulative storage of 130.28 billion cubic metre (BCM) of water, which is around 53% more than 85.04 BCM recorded last year.