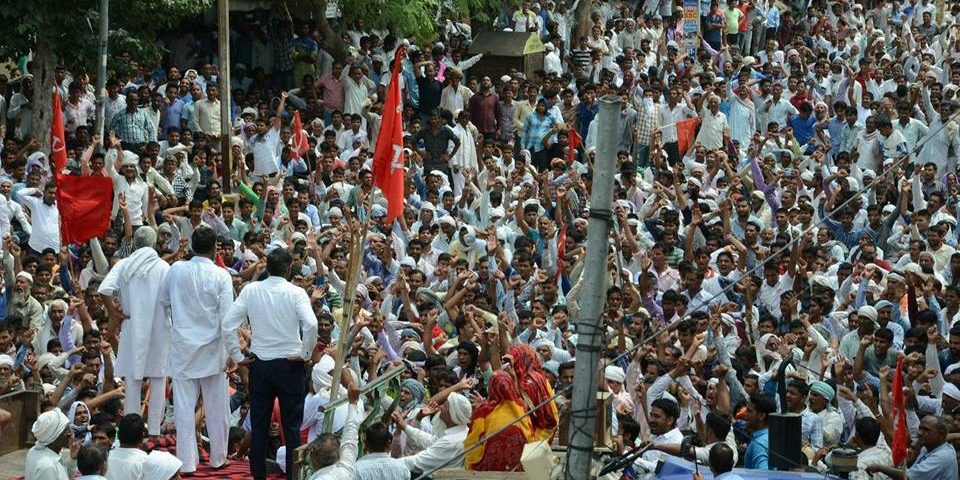 Rajasthan farmers have called off their 13-day protest on Thursday morning after Vasundhara Raje’s government announced farm loan waiver of upto Rs 50,000. The protest was called off by Akhil Bharatiya Kisan Sabha (AIKS) after the end of third round of talks with government.

Calling the movement led by AIKS chief Amra Ram, a big victory , the other leader of AIKS, Harphool Singh stated in his facebook post, “The other demands that have been agreed to by the government are – Rs 2000 pension to old farmers, procurement of produce on MSP from this month, and protection of cattle traders”.

He also said, government has also agreed on 80 percent of recommendations of Swaminathan Committee.

The agitation had started in Shekhawati region of Sikar district and was led by Akhil Bharatiya Kisan Sabha chief and former MLA Amra Ram. Farmers were demanding the implementation of the Swaminathan Committee’s recommendations, crop loan waiver, payment of insurance money and lifting of restrictions on cattle trade.

The farmer’s agitation will remain unique as it was supported by all sections of people of Sikar district. Nearly everyone that makes up the social – political economy of Sikar – Students, anganwadi workers, the city bus union, the auto rickshaw union, the small traders association, pump set workers and all others had come out to support farmers. This steep fall in farmers’ income has affected all the other sections in the district adversely as their own economy depends on farmers. They have close economic ties among themselves. Not only in Sikar, but in all rural areas, almost every economic activity revolves around farmer.

Over the last two years, prices of several agricultural commodities have crashed. Consequently, farmers have not been able to get appropriate price for their produce and what they are getting is well below their cost of production. Demonetization further added to their woes, compelling them to borrow from banks or money lenders.  Farmer is caught in the debt trap.