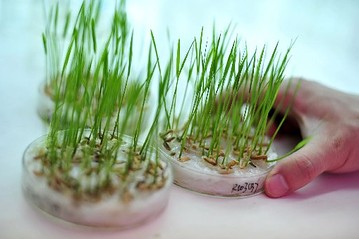 After China lifted sanctions on import of US grown rice last year, US too has responded last week, by giving approval for the use of a Chinese strain of Genetically Modified rice – Huahui – 1. However, the developers of GM rice will still need US Department of Agriculture approval to grow it there.

The approval was granted not only by US Food and Drug administration (FDA) but also by the US Environmental Protection Agency.

Informing about approval, the FDA has said, “Based on the safety and nutritional assessment Huazhong has conducted, it is our understanding that Huazhong has concluded that human and animal foods from Huahui No.1 rice grain are not materially different in composition, safety, and other relevant parameters from rice-derived human and animal food currently on the market, and that genetically engineered Huahui No.1 rice grain does not raise issues that would require premarket review or approval by the FDA.”

Professor Yan Jianbing of the Huazhong Agricultural University told South China Morning Post that the approvals from US should help improve consumer’s confidence about GM food.

Huahui-1 is an insect-resistant crop developed by a team led by Huazhong Agricultural University Professor Zhang Qifa, and is one of two varieties approved for experimental use in China.

Though, in China, the agri ministry has approved the rice and other GM crops for research but has prohibited their sale and large-scale cultivation.

Inspite of public opposition to GM food in China and worldwide, China aims to become a world leader in GM Food.