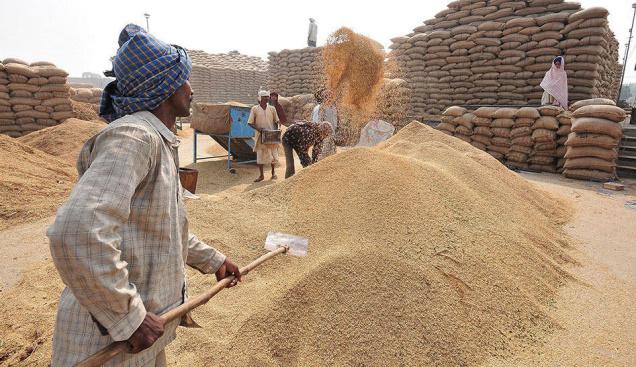 AgriNation Network
New Delhi | 21 Dec 2016
Noted Agriculture Scientist Professor M.S.Swaminathan today cracked down on Centre’s decision of reducing the import duty on wheat by 10 percent. Central Governmnet had completely scrapped import duty on wheat earlier this month after reducing it to 10 per cent from 25 per cent in September. He said , “Our progress in wheat production in the past was hampered by cheap wheat imported through the PL480 programme of the USA. Our goal for 2030 is 150 MT wheat production from 30 million hectares. This is feasible with technologies and varieties on the shelf. If market is distorted through cheap wheat imports we will be putting the clock back in terms of sustaining the wheat revolution. Sustaining wheat revolution is important for success of food security and fundamental to safeguarding livelihood security of wheat farmers”.

He recalled that the then Prime Minister Indira Gandhi had released a special stamp on Wheat Revolution in 1968 to highlight our farmers’ production of 17 MT wheat against 6 MT in 1946. He has said that India’s wheat revolution had happened through synergy between technology creating high yield and public policy to realize the potential. He added, “Among public policies, input – output pricing, public procurement, distribution and import  export decisions are important for agriculture.”