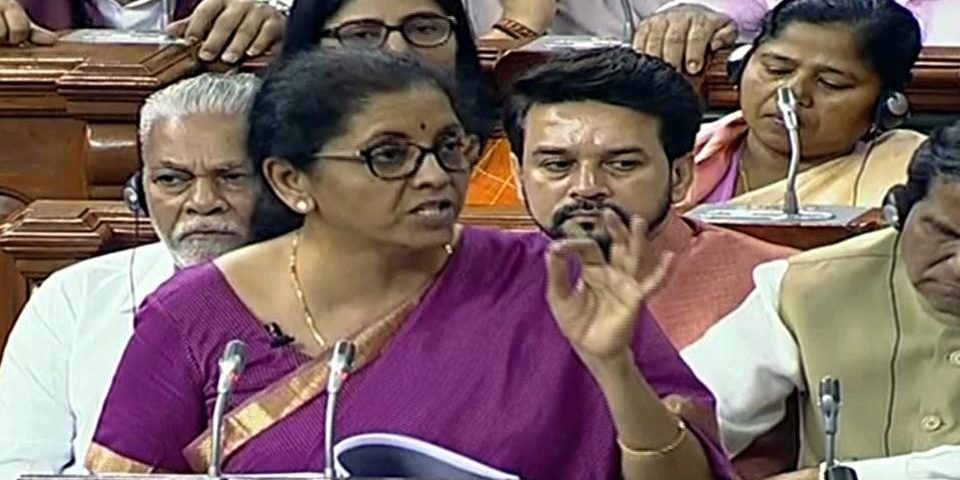 For the first time, there was no mention of agriculture outlay in budget 2019.  Nothing on drought situation and not even a passing reference of long pending demands of several farmer organizations – majorly, the two, Farmers Income Commission to fix and ensure minimum monthly income for farmers and Minimum Support Price (MSP) based on C2 + 50 % formula. Modi Government is now clueless on farmers’ income crisis which is going to deepen further by the prevailing drought in the country.

Union Finance Minister in her maiden budget speech also did not speak on farmers’ suicides which were over 12000 in last three years in Maharashtra alone. Centre is yet to disclose figures of farmers’ suicides since 2016.

Instead, Union Finance Minister Nirmala Sitharaman in budget 2019 speech urged farmers to “go back to basics” and take up zero budget natural farming to cut down on the cost intensive fertilizers, pesticides and use cow dung, cow urine, jiggery, etc.  The minister claimed that the zero budget farming would help in doubling the farmers’ income by 2022, the 75th year of Independent India.

President of Swaraj Party and member of Jai Kisan Andolan, Yogendra Yadav, epressed dismay over the budget and said, there is no allocation for farmers in the budget, no data, no new schemes and no direction.

“Modi Government should have told the country that how much income of farmers has increased in last three years and how the government will double it in next three years”, he added.

He said, “ In a situation, when a farmer household in over half of India has an average annual income of less than Rs 20000 and news of farmers suicides come every day, it is expected that a government will fix some guaranteed income for farmers”.

However, finance minister said that cooperatives and farmer producer organisations (FPOs) would be formed to raise income and make farming a more rewarding economic activity.

“We hope to form 10,000 new Farmer Producer Organisations, to ensure economies of scale for farmers over the next five years,” Sitharaman said.

The Centre also said that state and central governments will also offer all kind of help to such farmers for doing cooperative farming as per the new law.

The finance minister also said that the government would set up a mechanism of direct marketing of vegetables, fruits, dairy and fishery products through farmers’ cooperative organisations to ensure that farmers earn better prices for their produce.

The main focus of the government’s new agriculture policy is to bring the markets closer to the farmers.