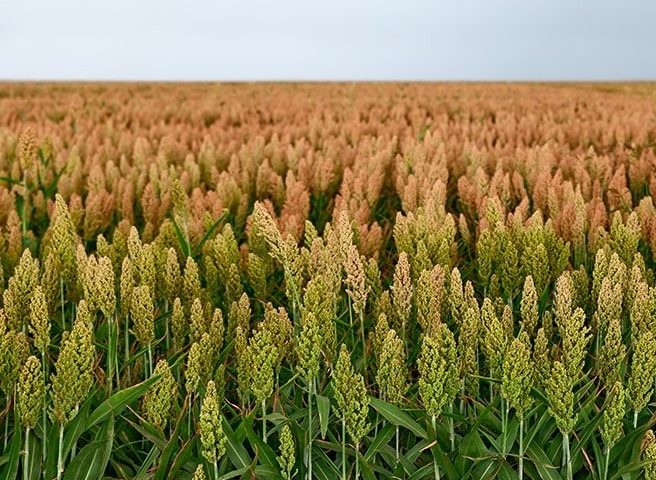 Extracting vegetable oil from plants to use as food and fuel is taking a new trajectory.

Vegetable oils are extracted from fruits or seeds, and the extraction process often leads to the rest of the plant being discarded in the process. According to Jay Thelen, a professor of biochemistry at the University of Missouri, it’s possible to boost the production of triacylglycerol—the main component of vegetable oil—in plant leaves, a technique that can allow producers to harvest oil from large, leafy plants that also have other uses. Sorghum, for example—a global source of grain prized for its drought-resistant qualities—could serve a dual role as a source of vegetable oil, creating a more efficient and valuable crop.

Thelen and Yajin Ye, a postdoctoral fellow in Thelen’s lab at MU, used the gene editing tool CRISPR to “knock out” a family of genes they have found to be responsible for regulating fatty acid production in the leaves of Arabidopsis, a plant regularly used by researchers to study plant biochemistry. The results were recently published in the prestigious journal Nature Communications.

“We know that plants synthesize fatty acids when provided light,” articulates Thelen. “A study unfolds that there are three proteins that restrain this process in leaves, and that we can turn off their cognate genes using CRISPR. That frees up the plant to produce higher amounts of triacylglycerol in the leaves rather than just the seed.”

This method could lead to greater and cheaper production of vegetable oils, and the possibility of dual uses for leafy crops like sorghum and soybeans could place less of a burden on making a higher-oil seed. His lab is now in the process of further testing the method on crops to confirm its viability.