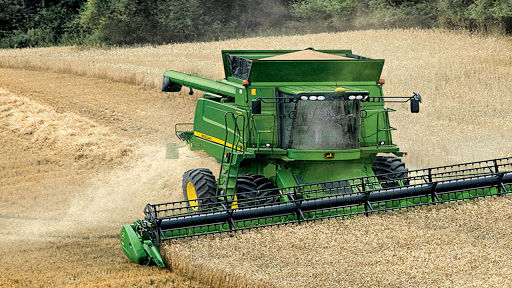 Experts have been questioning it for not being  a viable solution

In a bid to prevent farmers from stubble burning, Bureau of Indian Standards (BIS) has developed standard IS 15806 for Combine Harvester that includes specifications for Straw Management System, Test methods and minimum performance criteria.

Every year in October – November, the farmers of Punjab and Haryana face criticism for post-harvest stubble burning andare blamed for air pollution in Delhi while the national capital keeps ignoringits every hour vehicular pollution.

Considering stubble burning to be the major contributor toair pollution instead of vehicular pollution , BIS new standard claims toeliminates the step where farmers burn the stubble causing air pollutionthrough the Straw Management System (SMS) which is an auxiliary attached to the Combine Harvester Machine which cuts andspreads the straw (paddy) into small pieces ensuring that the farmers are notrequired to burn the paddy straw resulting in just one process for bothharvesting of crop and management of the Stubble.

BIS further claims, “Since the management of the stubble has already been taken care of during harvesting so there will be no burning of stubble resulting in prevention of air pollution”.

However, combine harvester as a solution to arrest stubble burning has been under constant criticism ever since it has been projected to be the solution as it will put additional financial burden on small and marginal growers whose condition is already pitiable.

A farmer will either have to purchase it or take it on rent.

Noted food and agriculture expert Devinder Sharma have termed it as a bonanza for farm equipment manufacturers. They had lobbied hard all these years to sell the machines, and stubble burning came in as a god-sent opportunity to dump the machinery into crop fields.

He said, “Giving Rs. 200 per quintal to growers is the only option available to the government for the management of crop residue. What is the harm in giving money to growers when a substantial sum of money is spent on crop procurement?”

Farmers are compelled to burn stubble as they do not have any other feasible and cheap option.

Some Farmers’ unions have also been accusing the government ofnot complying with the National Green Tribunal order for supplying machineryfree of cost to farmers owning less than two acres of land.