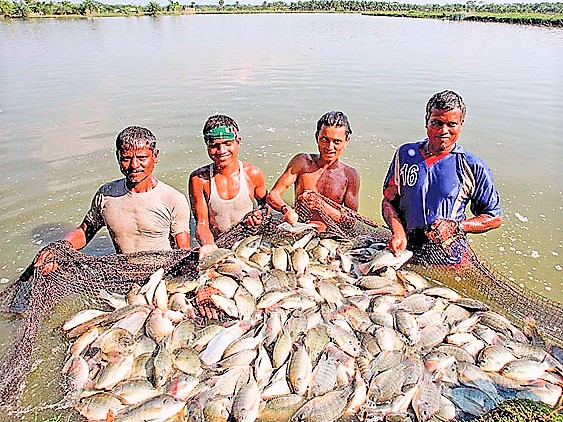 Union Minister of State for Agriculture  and Farmers’ Welfare Parshottam Rupala exhorted that farmers to adopt allied agriculture activities in order to boost their income.

“Haryana which is known for traditional farming of rice, wheat and sugarcane should also adopt allied agriculture activities like fish farming, bee-keeping as so to enhance their income,” Rupala said was addressing a gathering on the first day of three-day Agri Leadership Summit-2018 here today.

The union minister also appreciated the Haryana government for taking effective steps towards realizing PM Narendra Modi’s vision to double the income of farmers by 2022.

“Since the is the subject related to states, the vision to double the farmers’ income could only be achieved with the cooperation of all states,” he asserted.

While referring to the Minimum Support Price (MSP), he said that present Central Government under the leadership of PM Modi is the first such government which has announced that minimum support prices (MSPs) for all notified crops would be at least one and half times their cost of production.

Besides, to ensure that farmers at the grass root level get the benefit of MSP, a policy would be prepared in consultation with NITI Ayog.

The Union Minister said the central government has implemented various decisions, rules and Act for the welfare of farming community besides making separate provision of budget.

While emphasizing the need of adopting peri-urban concept of farming besides agriculture, minister hoped that export by Haryana farmers should be maximum in the country.